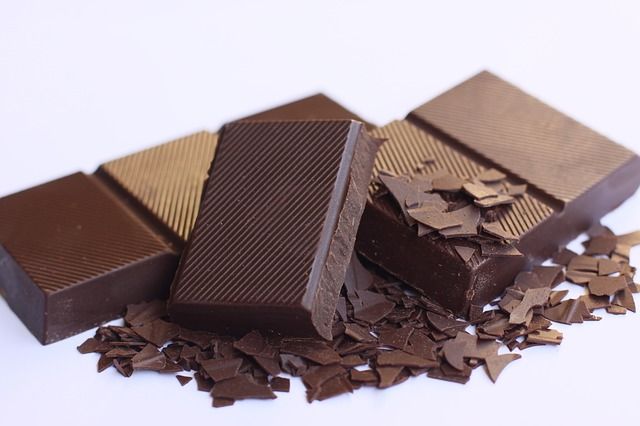 10 Reasons Why Chocolate Is Good For You

At last! How guilty should you feel about devouring sweet treats? It turns out, not very. Thanks to some clever boffins in a lab somewhere we’ve now got proof that a little of what you like does you good.

Stop avoiding those sweet little indulgences, you could be doing yourself harm.

The beneficial effects of chocolate on blood pressure come from the high flavanol content, and the nitrous oxide which dilates blood vessels. High blood pressure in the veins of the liver is thought to be linked with liver damage and chronic liver disease. Early research has shown that dark chocolate improves blood flow in the liver, and there are studies at the moment looking at whether dark chocolate can prevent liver damage. Don’t have that second glass of wine just yet though…

All the effects of chocolate on the circulatory system – lowering blood pressure, opening up the blood vessels and reducing inflammation – can help keep our hearts healthy and ward off heart disease and strokes, research published in the BMJ shows. A review of studies of more than 114,000 people found that those who ate the most chocolate were 37 per cent less likely to have coronary heart disease and 29 per cent less likely to have a stroke than people who ate the least chocolate.

A study in the Journal Of Psychopharmacology found people who had a 42g dark chocolate drink a day felt more content than people who did not. Junee Sangani, a dietitian and spokesperson for the British Dietetic Association, explains why: "The improvement in mood that people can get from eating chocolate comes from the release of serotonin and endorphins – the feel-good chemicals – in the brain."

A study in the Journal Of Psychopharmacology found people who had a 42g dark chocolate drink a day felt more content than people who did not. Junee Sangani, a dietitian and spokesperson for the British Dietetic Association, explains why: "The improvement in mood that people can get from eating chocolate comes from the release of serotonin and endorphins – the feel-good chemicals – in the brain."

People who eat chocolate regularly tend to be thinner, according to a study of more than 1,000 people who were all asked: ‘How many times a week do you consume chocolate?’ The researchers, who published their results in the Archives of Internal Medicine, found people who ate chocolate a few times a week were, on average, slimmer than those who only ate it occasionally – even after the other foods in their diet were taken into account.

A study published in the New England Journal Of Medicine found a link between the amount of chocolate eaten per person and the number of Nobel prize winners in a country’s population. Switzerland had the highest levels of chocolate consumption and the most Nobel laureates. The researchers calculated that everyone in the UK would have to munch through about 2kg of chocolate per year to increase the number of Nobel laureates. So get eating – your country needs you!

Polishing off a small amount of chocolate a day can help polish up your arteries. A study published by the Federation of American Societies for Experimental Biology found that men who had eaten 70g of dark chocolate a day had healthier blood vessels as a result. The dark chocolate appeared to help make arteries more flexible and reduce the stickiness of white blood cells, two factors that would help reduce the risk of getting them clogged up.

Conventional wisdom would have you believe that chocolate can be bad for your complexion, but researchers have found that some compounds in cocoa can actually help protect your skin from the Sun. A study published in the journal Nutrition discovered that people who ate 20g of dark chocolate per day over 12 weeks could spend double the amount of time in front of a UV lamp before their skin reddened compared with those who had eaten normal chocolate.